How to Keep Metal From Rusting

Home » How to Keep Metal From Rusting

Rusting can be a headache. It makes your belongings look old and rundown, it can cause significant damage to your property, and it’s just generally an eyesore. Understanding how to keep metal from rusting is key to maintaining its integrity and preventing extensive rust damage.

How to Keep Metal From Rusting

Water is the enemy of metal, as it’s the main agent that causes rust. It’s important to keep metal surfaces as dry as possible to prevent rusting. If you’re storing metal objects, make sure they’re in a dry environment, such as a storage unit with climate control.

How Does Rust Form?

Rust is the result of a chemical reaction between metal and water. When these two substances come into contact, they create an electrolyte solution that causes the metal to corrode. This process is known as oxidation, and it’s what causes metal to rust.

Oxygen is also necessary for rust to form, as it’s a key component of the oxidation process. However, oxygen alone can’t cause rust; it must be present in combination with water. The equation for rust formation is:

This equation shows that iron (Fe), oxygen (O2), and water (H2O) are necessary for rust to form. Therefore, you must remove one or more of these elements to prevent rust.

You want to take steps to prevent rust before it has a chance to form and cause damage to your property. They say prevention is the key to avoiding rust, and that’s certainly true in this case. The following are some of the best ways to prevent rust from forming on metal surfaces:

The first step in preventing rust is to keep your metal surfaces clean. This is because dirt and debris can provide a place for water and oxygen to adhere to the metal, which will speed up the rusting process.

Be sure to clean your metal surfaces regularly, using soap and water. If soap and water isn’t enough, you can turn to degreasers to help you in keeping your metal clean. You may also need to use a brush to remove stubborn dirt and debris. For heavily soiled surfaces, you may need to use a pressure washer. You can also use QC Industrial Parts Cleaning Solution, as it has built-in rust inhibitors and perfect for metal surfaces.

Once you’ve cleaned the surface, be sure to dry it completely. If water is allowed to sit on the metal, it will cause rust.

Another way to prevent rust is to apply a protective barrier between the metal and the elements. This can be done in many ways, including painting and powder coating.

Paint is one of the most common protective barriers used to prevent rust. It works by creating a barrier between the metal and oxygen, preventing the oxidation process.

Powder coating is another popular option for preventing rust. It’s a type of paint that’s applied in powder form and then cured under heat. This creates a hard, durable finish that’s resistant to rust.

Galvanizing is another effective way to prevent rust. This process involves coating the metal with zinc, which creates a barrier between the metal and oxygen. This barrier prevents the oxidation process from taking place, and as a result, the metal does not rust.

Galvanizing is often used on iron and steel products, such as fences, gates, and pipes. Most hardware stores sell galvanized products.

Rust converter is a chemical that’s used to treat rust. It works by converting the iron oxide (rust) into a different compound, which is more resistant to oxidation.

Rust converter is available in aerosols and can be found at most hardware stores. It’s important to follow the instructions carefully when using this product, as it can be dangerous if used improperly.

This process requires potassium nitrate, water, and sodium peroxide. These solutions are mixed to form a blue solution, which is then applied to the metal. The goal is to form a blue film on the surface of the metal, which will act as a barrier against oxygen.

This method is often used on guns and knives, as it creates a durable, rust-resistant finish. It also has the added benefit of making the metal look more aesthetically pleasing.

Materials made of stainless steel such as parts washer are less likely to rust than other metals. Stainless steel contains chromium, which forms a thin layer of oxide on the surface of the metal. You can trust that your parts washer is built to last, as stainless steel’s oxide layer prevents further rust by forming a barrier that blocks oxygen and water from reaching the underlying steel.

There are several grades of stainless steel, each with a different composition. The higher the chromium content, the more corrosion-resistant the metal will be. You can also add nickel, molybdenum, and other metals to stainless steel to increase its resistance to rust.

What Is the Easiest Way to Remove Rust From Metal?

The easiest way to remove rust is to use a chemical rust remover. For instance, you can use vinegar, lime juice, or citric acid. You can also use a commercial rust remover such as Rust-Oleum Rust Remover, WD-40 Rust Remover or the MOA Advanced Gun Cleaning Solution for gun products.

How Do You Remove Rust From Metal Without Chemicals?

There are many ways to keep metal from rusting. The best way to prevent rust is to take care of the metal and keep it clean. Preventing rusting will save you from having to replace the metal and will keep your belongings looking new.

Speak with a Product Expert

Ignite Cleaners & Degreasers are proudly made in the USA. 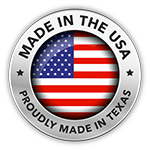 Close Menu
We use cookies on our website to give you the most relevant experience by remembering your preferences and repeat visits. By clicking “Accept All”, you consent to the use of ALL the cookies. However, you may visit "Cookie Settings" to provide a controlled consent.
Cookie SettingsACCEPT
Manage consent

This website uses cookies to improve your experience while you navigate through the website. Out of these, the cookies that are categorized as necessary are stored on your browser as they are essential for the working of basic functionalities of the website. We also use third-party cookies that help us analyze and understand how you use this website. These cookies will be stored in your browser only with your consent. You also have the option to opt-out of these cookies. But opting out of some of these cookies may affect your browsing experience.
Necessary Always Enabled
Necessary cookies are absolutely essential for the website to function properly. These cookies ensure basic functionalities and security features of the website, anonymously.
Functional
Functional cookies help to perform certain functionalities like sharing the content of the website on social media platforms, collect feedbacks, and other third-party features.
Performance
Performance cookies are used to understand and analyze the key performance indexes of the website which helps in delivering a better user experience for the visitors.
Analytics
Analytical cookies are used to understand how visitors interact with the website. These cookies help provide information on metrics the number of visitors, bounce rate, traffic source, etc.
Advertisement
Advertisement cookies are used to provide visitors with relevant ads and marketing campaigns. These cookies track visitors across websites and collect information to provide customized ads.
Others
Other uncategorized cookies are those that are being analyzed and have not been classified into a category as yet.
SAVE & ACCEPT
Skip to content